In my first IVY report, I talked about my first two months as an IVY in the Joint Secretariat of Interreg Sudoe. What happened since then? Tons of great things! 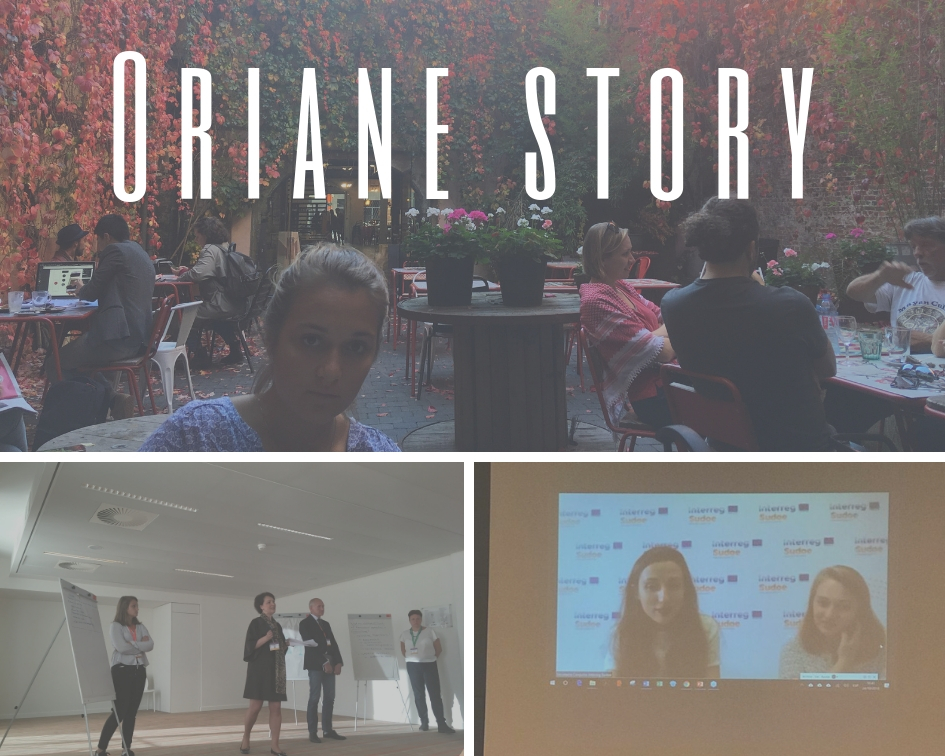 August was a very calm month at the Joint Secretariat and I had the chance to take holidays, but then, the beginning of September was busier. First, I had to ensure the visibility of the 3rd call for proposals that was launched by the Joint Secretariat on September 3rd. It was very interesting to see the process of a call for proposals and at the end of the day we received 127 projects!
In the meantime, we had to prepare the European Week of Regions and Cities which took place in Brussels between the 8th and the 11th of October. First, we had to lead the social media campaign for our project ClimACT which has been selected to compete at the Regiostar and at the Interact Slam! We also led the social media campaign for the stand we organised with all the Interreg Transnational programmes.
I had also to move my capitalisation mission forward. First, I worked on the surveys I have to analyse and send again. Andréa and I also organized a brainstorming day on our capitalization strategy among all the team of the programme. We shared out points of view and ideas and this brainstorming was very productive and interesting!
After this very productive month of September, October was very intense and full of surprises! The 5th of October I flew to Brussels to attend to the European Week of Regions and Cities and I loved it! The Transnational stand and our session on the future of transnational cooperation were a great success, our project ClimACT has been awarded at the second place of the Interact slam after a wonderful performance on the stage and I attended a few other sessions which were also rewarding. This week was very intense but it was the beginning of a great journey!
After the EU Regions Week (EWRC), I took the train to go to Paris, my hometown, because Andréa, Isabelle and I were invited by the CGET (governmental bureau working on the territorial politics, management and planning) for a meeting with other ETC programmes covering the French territory with the objective to work on capitalisation analysis and activities. The seminar lasted two days and I was happy to spend a few days with my family!
Finally, my European trip ended with a trip to Madeira! The CPMR and IVY gave me the great opportunity to talk about my IVY experience at the annual conference of the CPMR and I had I wonderful time there! I met lots of people, I discovered Funchal and it was the first time I was invited at an event as a speaker so I am very grateful to have had the opportunity to go to Madeira!
It’s hard to see that time flies, there is only one month left before I go back to Paris but I’m set on making it great! I will write my last IVY Report at the end of November to make a global assessment of my IVY experience!
See you then!