15 years ago, Interreg Sudoe was born and since 15 years, we build Europe! In celebration of this milestone, the Committee of the Regions will host an half-day conference, on 6/6/2018. This event will gather political and institutional representatives together to discuss the success and challenges of territorial cooperation. The former BBC reporter, Ms. Claire Doole, will moderate the discussions on key questions regarding the future of cohesion policy within Southwestern Europe:

All these debates will include  interventions of key projects funded through the programme, to explore concrete experiences related to the territorial and sectorial impact of the Programme. 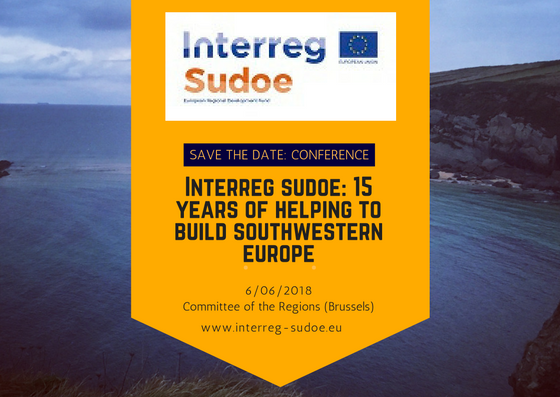 The event will be translated into Spanish, French, English and Portuguese.